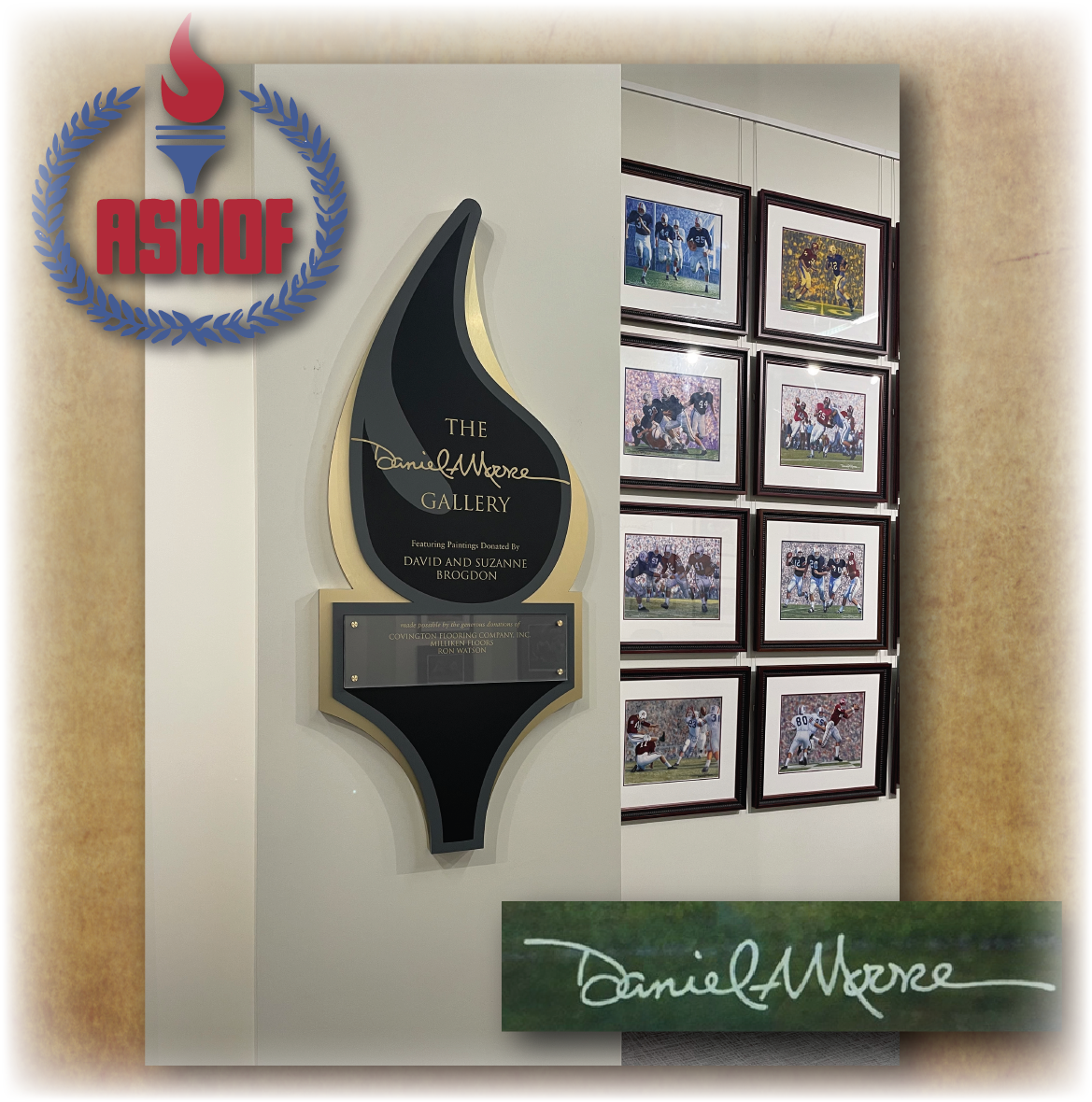 Partners In Recognition was selected to design and manufacture signage that honors Daniel A. Moore, at the Daniel A. Moore Gallery in the Alabama Sports Hall of Fame.  The signage incorporates the artist’s signature as well as using ASHOF’s logo as inspiration for the shape of the piece.

Mr. Moore, known by Danny to many, is a nationally renowned artist known for his skill in capturing great moments in sports history. His thousands of loyal collectors eagerly await his newest commemorative creation. He has been selected to create works of art for numerous professional sports organizations including: the NFL, the Super Bowl, the NBA, Major League Baseball and the PGA of America. His previous work includes such major collegiate bowl games such as: The Sugar Bowl, Liberty Bowl, Fiesta Bowl, Citrus Bowl, Outback Bowl, and the SEC Football Championship. Also, the United States Postal Service selected him to create the artwork for the “Legendary Football Coaches,” a stamp series which features Bear Bryant, Pop Warner, George Halas and Vince Lombardi.

Partners In Recognition was honored to have been a part of this prestigious recognition!

For more information about the Alabama Sports Hall of Fame – see their social media sites: